The Transylvania I love has Nothing to do with vampires. It is an area of steep Carpathian mountains with lush fir forests, remote villages and towns, and steeped in legends and centuries-old customs and myths.  Tran-sylvania (literally ‘across the forest”) is the ancient mountainous region of what was once Hungary and now is in Romania, captured best by Patrick Leigh Fermor in his book Between the Woods and the Water:

“All through the afternoon the hills had been growing in height and now they rolled into the distance behind a steep and solitary hemisphere clad to the summit with vineyards. We turned into the tall gates at the foot of it and a long sweep of grass brought us to a Palladian façade just as night was falling. Two herons rose as we approached; the shadows were full of the scent of lilac. Beyond the french windows, a coifed and barefoot maid with spill was lighting lamps down a long room, and, with each new pool of light, Biedermeier furniture took shape and chairs and sofas where only a few strands of the original fabric still lingered; there were faded plum-coloured curtains and a grand piano laden with framed photographs and old family albums with brass clasps; antlers branched, a stuffed lynx pricked its ears, ancestors with swords and furred tunics dimly postured. A white stove soared between bookcases, bear-skins spread underfoot: and, as at Kövecsespuszta, a sideboard carried an array of silver cigarette-cases with the arms and monograms of friends who had bestowed them for standing godfather or being best man at a wedding or second in a duel. There was a polished shellcase from some Silesian battle, a congeries of thimble-sized goblets, a scimitar with turquoise-encrusted scabbard, folded newspapers—Az Ujság and Pesti Hirlap sent from Budapest, and the Wiener Salonblatt, an Austrian Tatler full of pictures of shooting parties, equestrian events and smart balls far away, posted from Vienna. Among the silver frames was a daguerrotype of the Empress Elizabeth—Queen, rather, in this lost province of the formerKingdom—another of the Regent dressed as admiral of a vanished fleet, and a third of Archduke Otto in the pelts and the plumes of a Hungarian magnate. Red, green and blue, the squat volumes of the Almanach de Gotha were ready to pounce. A glittering folio volume, sumptuously bound in green leather, almost covered a small table and its name, Az ember tragediája, was embossed in gold: The Tragedy of Man, by Imre Madács. It is a long nineteenth-century dramatic poem of philosophic and contemplative temper, and no Hungarian house, even the least bookish—like English houses with the velllum-bound Omar Khayyám illustrated by Edmund Dulac—seemed complete without it. Finally, a rack in the corner was filled with long Turkish pipes. This catalogue of detail composes an archetype of which every other country-house I saw in Transylvania seemed to be a variation. At the other end, beyond the double doors of a room which was half-study and half-gunroom, more antlers proliferated; figures moved in the lamplight and the voices of guests sounded, as I hastened upstairs to wash and get some of the dust off before meeting them…
Next morning revealed the front of a late eighteenth-century building. Between the wings, four wide-spaced Tuscan columns advanced and ascended both floors to form a splendid loggia. White louvred shutters continued the line of windows on either side, each leaf touching its neighbour on the façade when they were open while indoors the light poured across the floors; closed, with their slats ajar when the sun became too hot, they striped the wide polished beams underfoot with bars of light and dark,. There was a wheel with a handle which cranked out an enormous slant of white awning and, looking out, one might have been on the deck of a schooner painted by Tissot with tree-tops for waves. Beyond, the vine-clad hemispherical hill of Mokra soared like a volcanic island against snowy heaps of cloud and a pale sky. The smells of lilac, box and lavender drifted in, goldfinches moved about the branches, and now and then house-martins from the nests clustering along the pediment strayed indoors and flew in desperate circles or swept clean through the house and out the other side.” 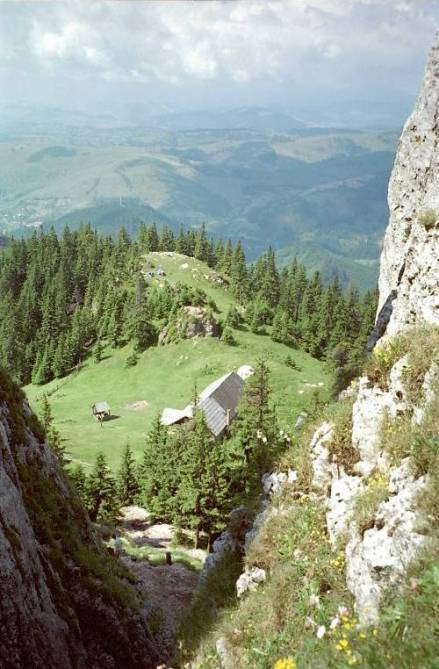 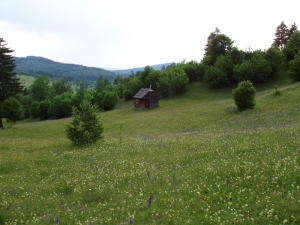 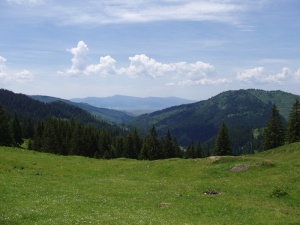 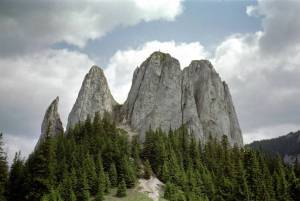 Transylvania is ‘Erdély,’ the land of forests and dreams…. 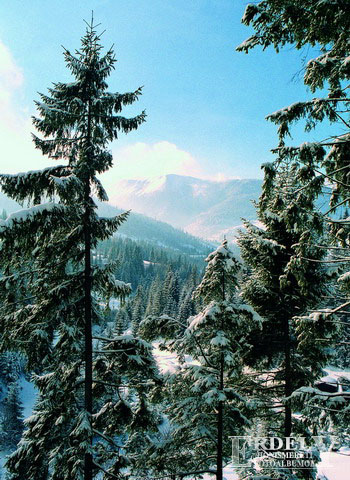